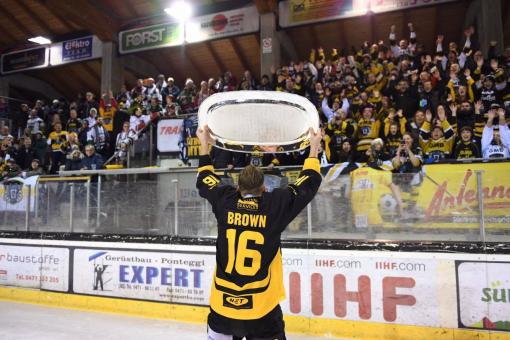 Panthers Images photographers Karl Denham and Adam Gouldson will be stationed under Block 18 on the concourse before Sunday’s game against Fife, for any fans who want to have their portraits taken under studio lighting conditions with the Continental Cup Trophy. Doors open at 3pm ahead of the 4pm start against Fife for Panthers’ HOME COMING MATCH. Last time we made trophies available for such a shoot there were so many people in queue, we had to spread it over several matches. If we need to, we’ll do the same again this time. Karl has told us he’s going to do a special deal which includes a black cardboard photo mount with the team celebration picture on one side and the fans’ portrait (9x6) on the other for an amazing £10 each.