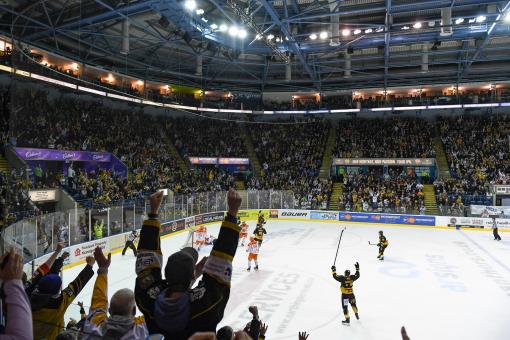 The Elite League saw a fantastic 12% growth during the 2016/17 season compared to the 2015/16 campaign. More than 940,000 people came to watch Elite League hockey this season – smashing last year’s record by almost 100,000 – as league attendances continued to rise for the fourth straight year, with clubs celebrating numerous sell outs whilst both the Challenge Cup Final and Playoff Finals Weekend were complete sell outs. The EIHL now boasts the seventh highest average league attendance in Europe and Asia according to a recent IIHF study (https://goo.gl/4wR7u1) – ahead of Austria, Slovakia and Denmark – with Nottingham, Sheffield and Belfast all climbing the individual club rankings. The league will also have two representatives in the 2017/18 Champions Hockey League, with league winners Cardiff and IIHF Continental Cup winners Nottingham entering the prestigious tournament, whilst playoff winners Sheffield will enter the 2017/18 Continental Cup. “It has been another excellent year for the Elite League.” Chairman Tony Smith said. “It is a testament to the hard work that goes on every week at both club and league level that attendances continue to rise, and with Guildford and Milton Keynes joining us from next season naturally we expect that trend to continue and we hope to smash the one million spectator mark during 2017/18. “We have also seen British ice hockey return to free-to-air television this year, while the Playoff Finals Weekend received extensive coverage on BBC Radio 5 Live Sports Extra with the Grand Final also shown live by the BBC”