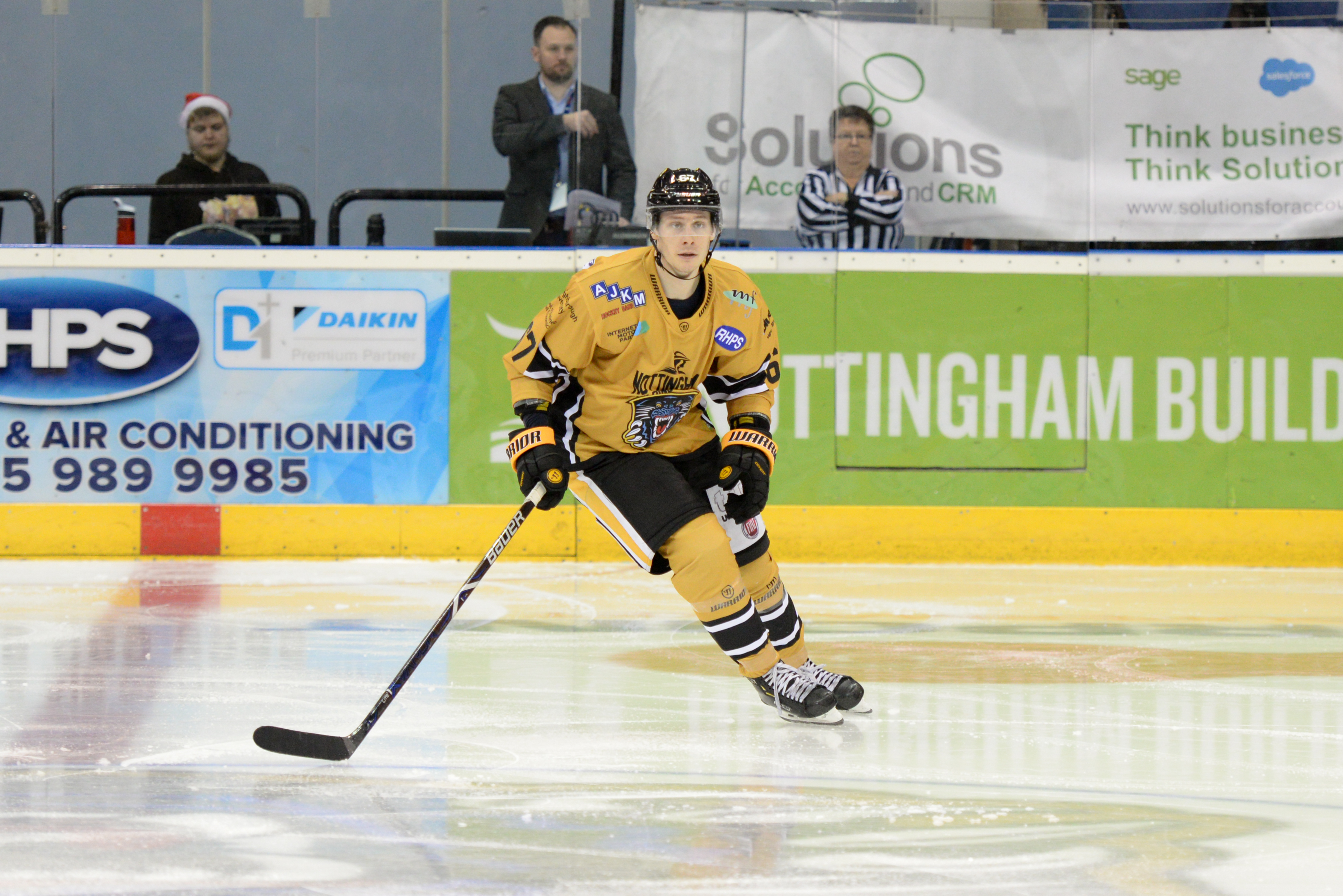 Dylan Richard spoke to Panthers TV, with the GMB, after training earlier today.

Dylan has settled well into life in the Elite League, having recorded seven points in his six games so far, and speaking about his first couple of weeks in Nottingham the forward said 'it's fantastic, it's such a great city to be in, the people are fantastic and everything has been top notch.'

With Dundee in town tomorrow Dylan has been told to expect to come up against a hardworking Stars team who are little more defensive in their systems but he's not looking to change his game when the puck drops at 7.30pm.

'I'm going in there and I'm not changing anything about the way I play, I'm gonna do what I do and hope for the best.'

He also talks about his linemates (Ollie Betteridge & Brett Perlini), playing with Dylan Olsen on the powerplay and what he enjoys most about being a playmaker.

See the interview in full through the Panthers TV link.

You can see Dylan and The Nottingham Panthers in action tomorrow night as they look to shoot down the Stars at 7.30pm. Tickets for the game are selling fast but good seats are still available via the link at the top of the page, visiting the Motorpoint Arena box office or by calling 0843 373 3000.