Road trip this weekend then home action against Cardiff. 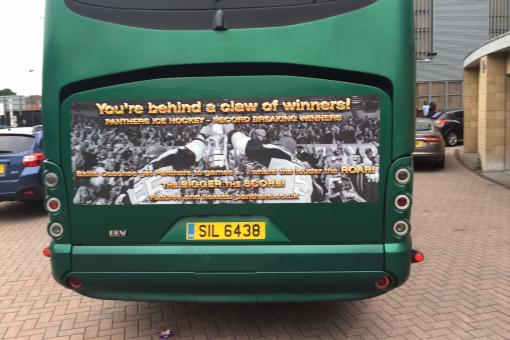 The Cardiff Devils visit Nottingham for the first home league/cup action of the new season a week on Saturday (September 17th). Before that the GMB Panthers travel to Scotland for a tough start to the league campaign with three games in three nights at Dundee, Braehead and Fife. Defenceman and assistant captain Geoff Waugh is on Panthers Radio (with XYNOMIX) and says three-in-three saves on a separate one-off trip to Scotland and the players would rather have it that way. Hear him now as he looks ahead to a weekend for which the medical team say the Panthers will be at full-strength. Meanwhile tickets are on sale for the home game against Cardiff. The match counts towards both league and cup points. The following week Panthers entertain arch-rivals Sheffield for the first time this season. That game is in the Challenge Cup and is not included on the season ticket. ST holders have until close of business on the weekend of the Cardiff game to claim their locations and a one pound discount.