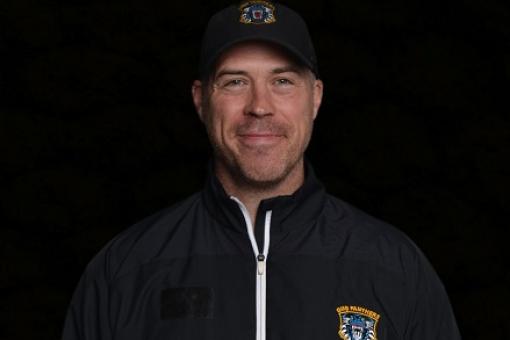 GMB Panthers' head coach Corey Neilson was happy to end the regular season with a victory in the shortened game at Altrincham on Sunday night against the Manchester Storm. With the teams tied at 2-2 after two periods the deterioration in the ice conditions coupled with news from elsewhere meaning there was nothing left for either side to play for in terms of play-off qualification the game was cut short and decided in a penalty shoot-out. Neilson told Panthers' Radio (with Xynomix) he would have liked to finish the game but it was the right decision to cut in short in the circumstances. Hear his reaction to the win and the decision right now. Just click on the link on the right.