Sam Oakford decides to drop down from top flight hockey 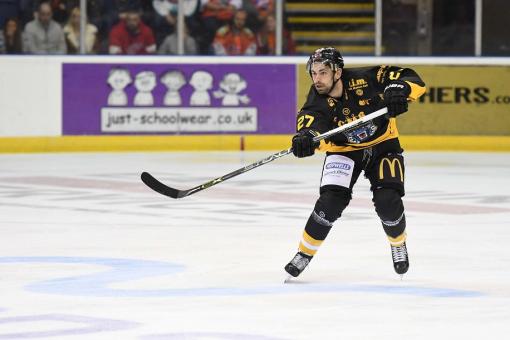 Sam Oakford has bowed out of Elite League ice hockey. The young Panthers defenceman who made his senior GB debut last season has landed a big opportunity to train as a teacher and after trying to combine the two career paths has decided to leave the roster. Speaking on Panthers Radio (with Xynomix) he revealed his studies are more demanding than expected and he doesn't want them to detract from what he can give to the club. The club's disappointed to lose him but wish him well. He's expected to be snapped up by a side in the minors where he can still play whilst at the same time dedicating more than the necessary four days a week to his classroom studies and ultimately achieving his long term goal of becoming a teacher, something he says his early involvement with has stirred up a passion to achieve. Hear Sam now, just click on the link on the right.