Saturday showdown for gold after GB hammer Holland on Friday 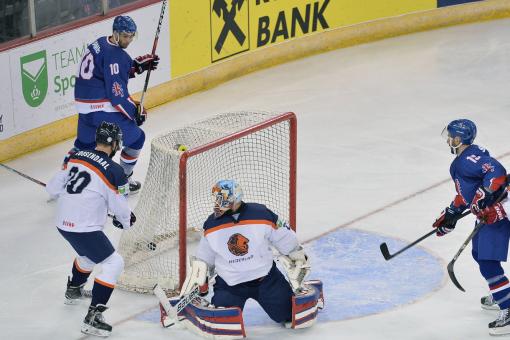 Great Britain racked up a massive 14-0 victory over Holland on Friday to set up a gold medal showdown game with Japan on Saturday in Belfast. GB had ten different scorers and outshot the Netherlands 56-11. Two goals in 36 seconds of the fifth minute sent the hosts on their way. Panthers' Robert Lachowicz scored GB's sixth goal and had two assists along the way, David Clarke had two assists and Robert Farmer was +1 in a rout that leaves GB and Japan both unbeaten at the top of the standings. Belfast's Colin Shields had a hat-trick and makes him GB's all-time leading goal-scorer. Pic: Dean Woolley