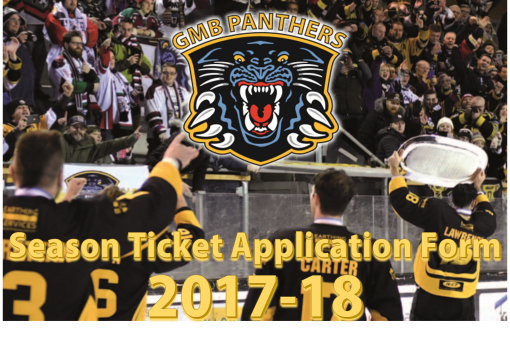 It’s been another busy week of closed season action for the GMB Nottingham Panthers. The Brit Pack was boosted with the return of Robert Lachowicz and Robert Farmer and the addition of netminder Sam Gospel. Meanwhile, coach Corey Neilson revealed he’s hoping to sign not one but two ‘import’ goalies. A string of new sponsorship deals are nearing completion and the next big deadline for season ticket sales looms at the end of the month when the massively discounted early bird prices cease to apply. Sales have edged ever closer this week to last year’s record numbers already. The season ticket is and always will be the best value for money and season ticket holders get a host of other benefits (not least an extra bonus game this year) including shop discounts and more. The season ticket was set to cover 27 games in season 2017-18 but the new league format makes for 28 home league games so the ticket will cover all home league games in the upcoming season. Early bird prices give fans MASSIVE savings compared to match by match ticket sales; Based on last year’s game ticket prices it works out at over a fiver a game saving for adults in silver and gold seats and over four pounds for adults in the bronze sections. Season 2017-18 promises to be as exciting as ever. Don’t miss a shift of the action and get your season ticket now: https://www.dropbox.com/s/wq4btmk2z3aubnc/Panthers%20ST%20form%20final%20140317.pdf?dl=0