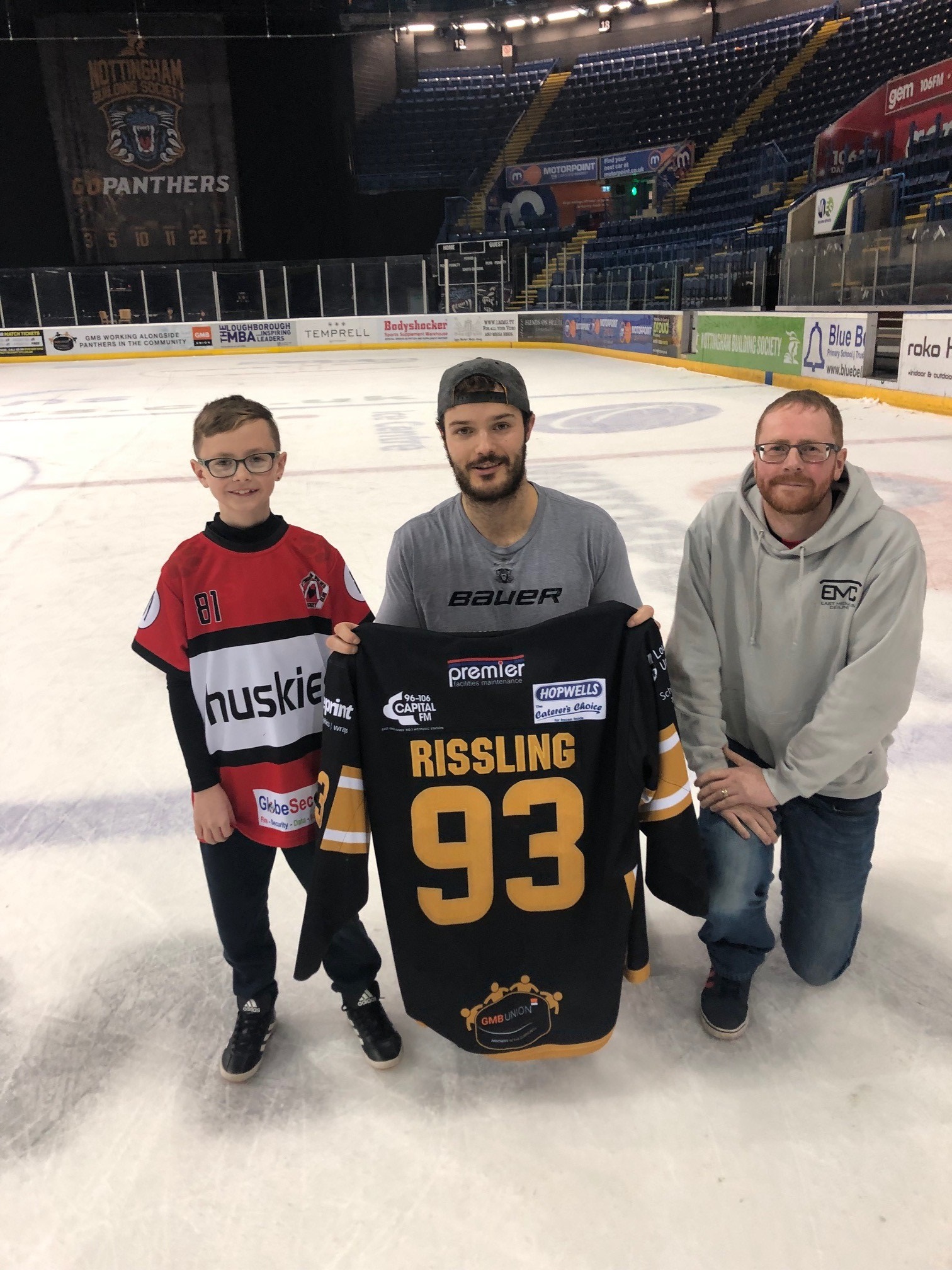 Ten year old Cade Fletcher-Hallam from Ilkeston, in his second season as a fan, picked up an early Christmas present, alongside dad Chris who he brought along for the hand over after the game, when his grandma bought him a 'Shirt Off His Back' raffle ticket on Sunday. C

Cade met Jon Rheault a couple of weeks ago when the injured forward visited the youngster’s ball hockey team.