Spread the word....there are tickets available for tonight's big game 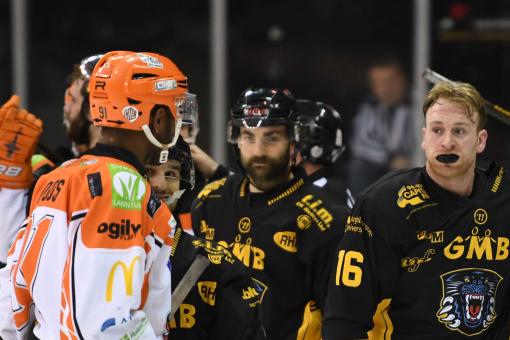 Tell your family-friends-neighbours there are tickets available for the biggest game of the year tonight Tickets for tonight’s big play-off clash at the Nottingham Arena between the GMB Nottingham Panthers and arch-rivals Sheffield Steelers are still available. We’re confident fans will be able to pay on the door to get in to see the biggest game of the season so far but anyone wanting to make sure they get a seat can call 0843 373 3000, click on the link on the right to buy on line or visit the box office which is open NOW! A club spokeswoman said this morning: “Tickets were flying out at the start of the week but there are still plenty of good seats available in the bowl. It is a rare opportunity to buy on the door for a Nottingham-Sheffield clash and we don’t want anyone to miss out. “Fans often tell us they know of someone who wants to try watching ice hockey, well this is potentially the best ‘first game’ ever, so pass the word. There’s only one thing bigger than ice hockey and that’s play-off ice hockey but when it’s Panthers versus Steelers it’s fur and feathers time! “Warm-up starts at 6.20 and the game faces-off at seven o’clock. There’s a road closure near to the arena to bear in mind when deciding your travel plans. “Everyone is getting excited about this game, it’s the big one!”