Stephen Schultz is EIHL Player of the week 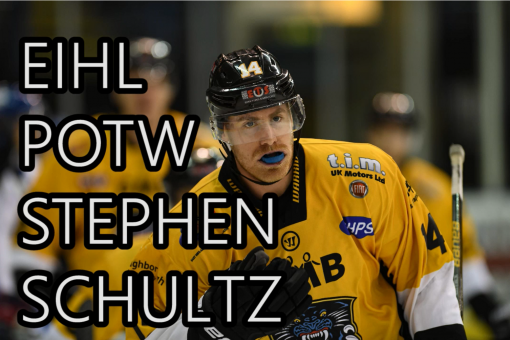 Nottingham Panthers forward Stephen Schultz has been named the Elite League Player of the Week, after a phenomenal seven days. The American played an integral part in Panthers incredible 8-0 win in Cardiff on Saturday night, where he scored two goals and also registered an assist. Schultz followed that up on Sunday, with a goal and an assist against Coventry and also scored in the shootout as Panthers completed a four point weekend. Nottingham also reached the semi-finals of the Challenge Cup on Wednesday night. Schultz assisted on the opening two goals of the game, in their 3-1 victory over Braehead.