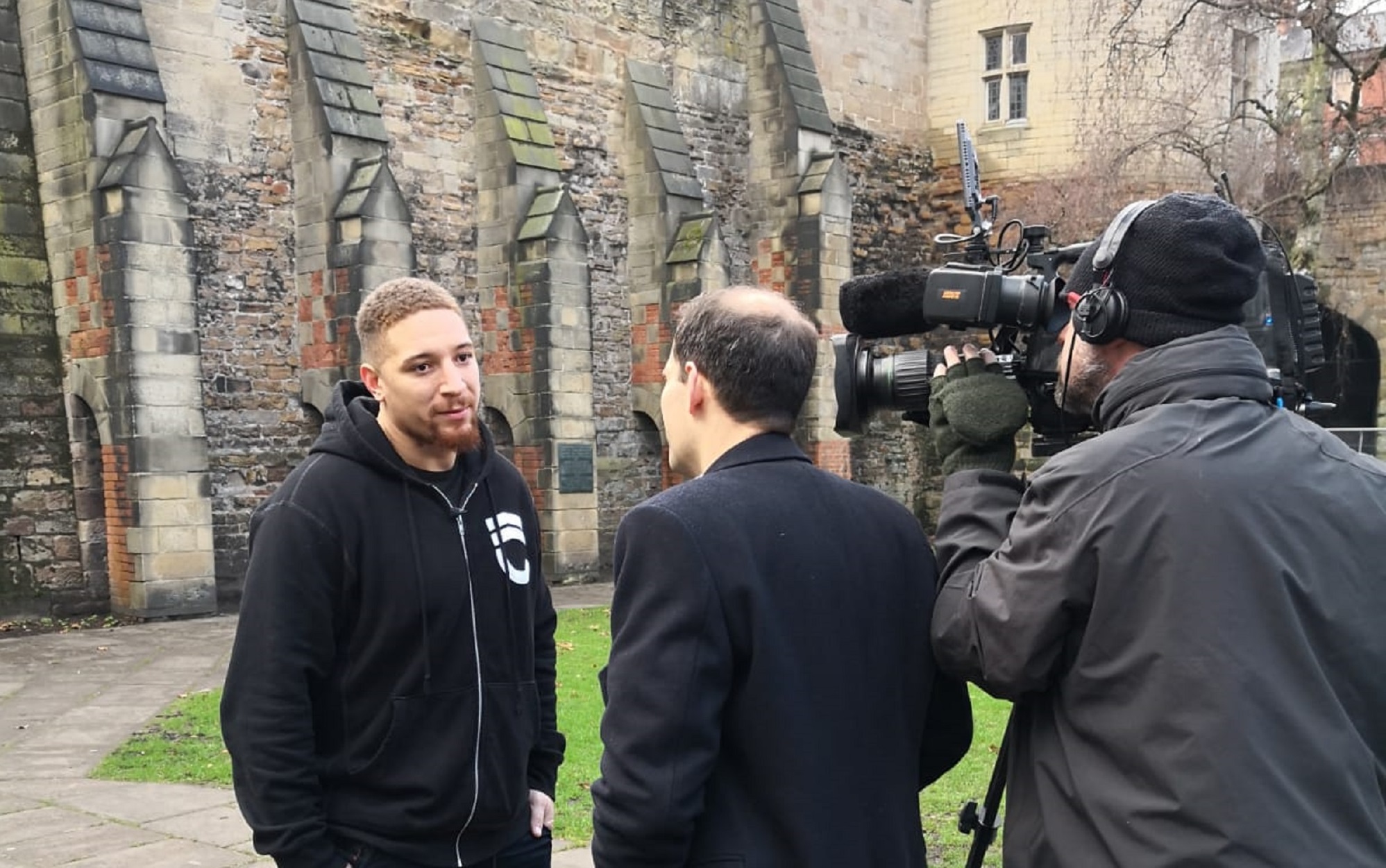 The Nottingham Panthers signing of former NHLer Chris Stewart caused ripples around the hockey world last week and earlier today the BBC East Midlands team were in town to speak to the man himself for a special feature due to air next week.

After grabbing a word with Head Coach Rich Chernomaz the cameras turned to trainining where Chris and his team mates took to the ice to prepare for the weekend's games against Manchester and Cardiff.

Chris and the cameras then went to just outside Nottingham Castle where he spoke about his family, hockey and his expectations for the remainder of the 2018/19.

The special feature will air on BBC East Midlands Today next week, stay tuned to the website and The Nottingham Panthers' social media channels for an update on the specific time.