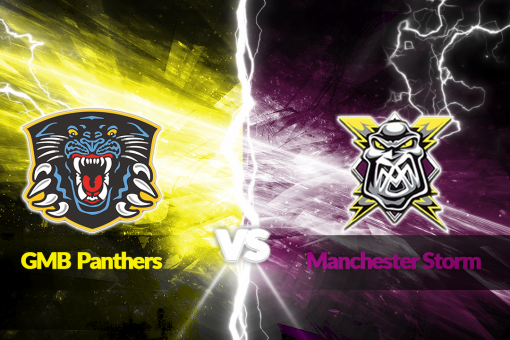 The Manchester Storm come to Nottingham on Wednesday night knowing a victory will see them take a dominant position in the chase for to the quarter-finals. In a three-way dog-fight for the last play-off spots, Manchester know on that a victory, coupled with if Coventry lose in Sheffield at the weekend, will see them take a playoff spot and enter quarter final weekend. Meanwhile, Panthers are now locked in to fourth place in the standings. Panthers have just completed a three-in-three weekend in Scotland which brought them six points. There are no fresh serious injury concerns - just a lot of tired legs - say the medical team. The weekend was the start of a six games in ten night schedule for the GMB Panthers. Just over two-thirds of the tickets in the bowl for Wednesday's game against Manchester are now accounted for. Meanwhile, Friday's home game against Sheffield has long reached the official sell-out level with just a handful of single 'sight-line' seats left available when the box office opened for business on Monday morning.