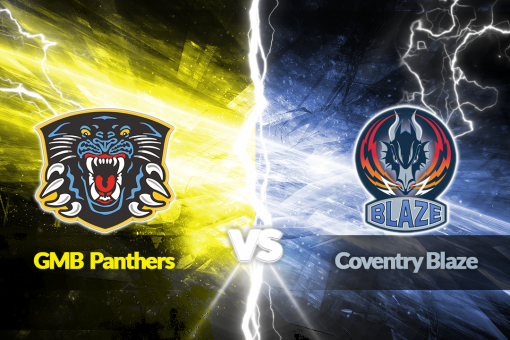 Sunday's Midlands clash between the GMB Nottingham Panthers and the Coventry Blaze is expected to be another cracker and another netminding duel between Miika Wiikman of the Panthers and Brian Stewart of the Blaze. The box office reported this morning than more than two third of the seats are already spoken for in the bowl and ticket sales remain steady. You will still be able to pay on the door but as ever the advice would be to avoid the queues and buy in advance either on line (click on the link on the right) by calling 0843 373 3000 or by popping in to the box office at the arena in Nottingham (open daily nine 'til nine). PANTHERS v BLAZE SUNDAY AT FOUR O'CLOCK SEE YOU THERE!