Swede Erik Lindhagen back with the GMB Panthers 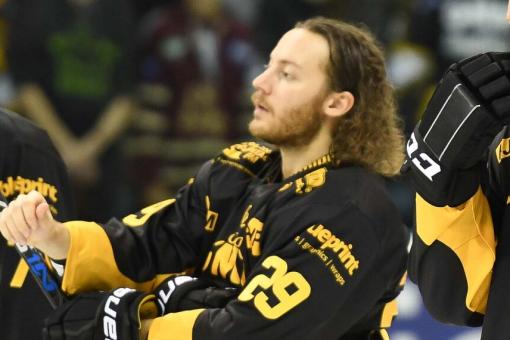 The GMB Nottingham Panthers are pleased to announce the return of Swedish utility player Erik Lindhagen for a second season at the club. The 29-year-old moved to Nottingham from his native Sweden last season and proved a big hit with the fans with his ability to play either forward or defence, along with his fast-skating approach to the game. Panthers’ head coach Corey Neilson said of his latest signing: “Erik is a great professional, he’s good in the room and he works hard on and off the ice. “I liked what I saw last year. It’s always good to have the versatility with a guy who can go at centre or on the wing up front but who can also slot in on defence when necessary. He’s a good two-way player and we’re pleased to have him back in the line-up.” Lindhagen had 20 points in the league for Panthers last year and a further 12 points in other competitions. He was also a joint winner of the club’s most consistent player of the year award.