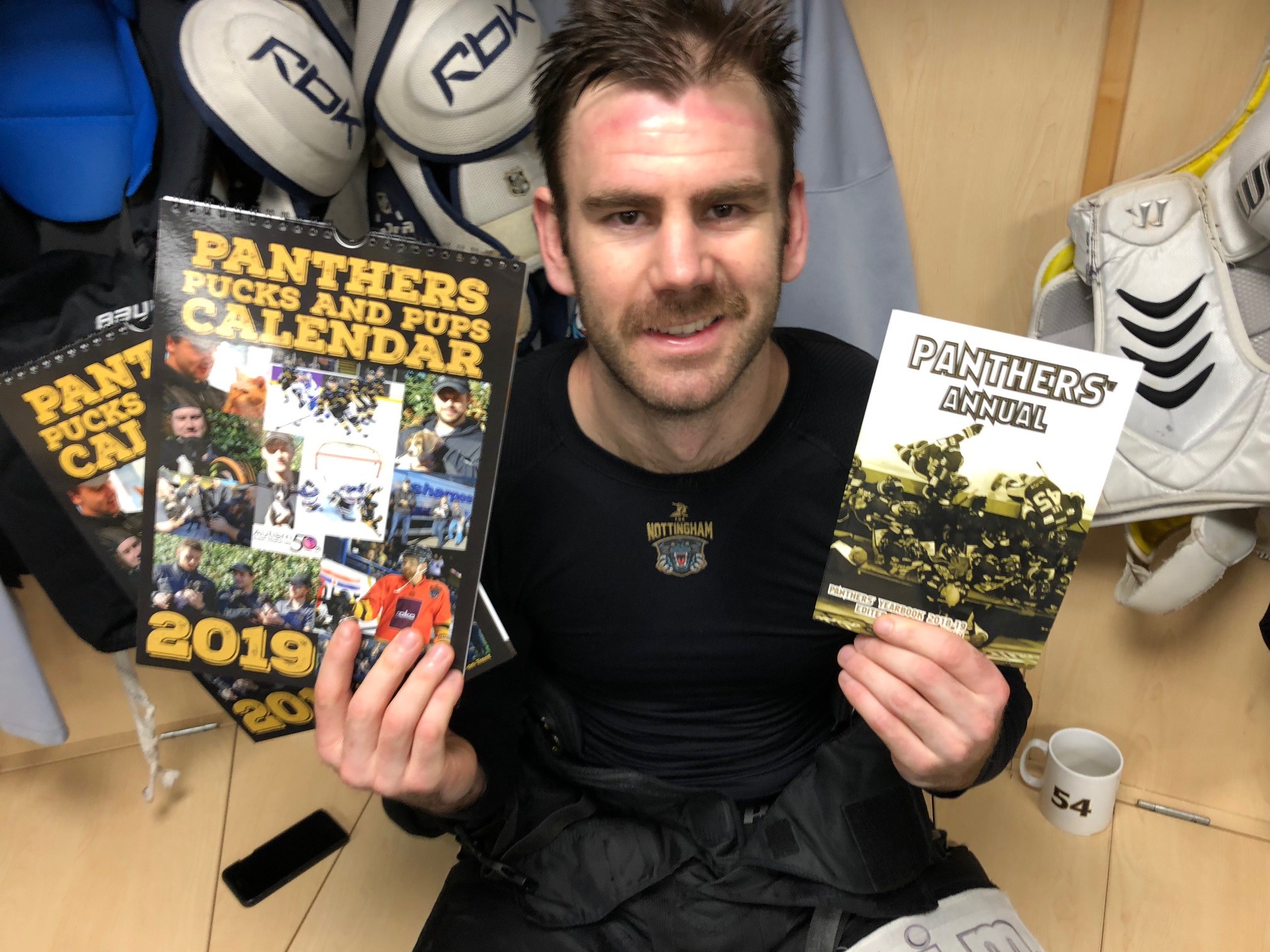 The Nottingham Panthers came from behind to take a point out of Cardiff last night in a thrilling encounter in Wales and will be looking to build on the performance. Marek Tvrdon debuted last night and makes his home debut this afternoon. Fife meanwhile lost at home to Sheffield and will be looking to bounce back but a win for the home side will lift Nottingham above the second placed Flyers in the standings.

You can pay on the door but there’s a big crowd already booked in for the encounter so a great match day atmosphere is guaranteed. Doors open at 3pm.

Before the game the limited edition festive charity shirts have arrived and will be on sale.

Many were ordered at the last two home games but the rest are still available. We’re raising funds with the profits from the Christmas shirts this year going to our chosen charity Autism East Midlands.

Today is also launch day for the new Panthers’ Annual, brought to you in association with what’sonnottingham.com

The book went to press before Marek Tvrdon signed this week but he will join all the other players for the big autograph session on the concourse under Block 18 as soon as possible after the final hooter.

The book includes a fabulous exclusive feature with the five Panthers players who won gold with GB at the end of last season and lifted the country to the top flight of international ice hockey.

We made the calendar with help from our bus company SHARPES and with the co-operation of the RSPCA ANIMAL SHELTER at Radcliffe-on-Trent.

Every penny of profit goes to our charity.

The books sell for £12 And the calendar for £11 but on launch day you can buy both for £20 and then get them customised at the signing session after the game.