The boys are back in town - ON SATURDAY - Panthers v Devils! 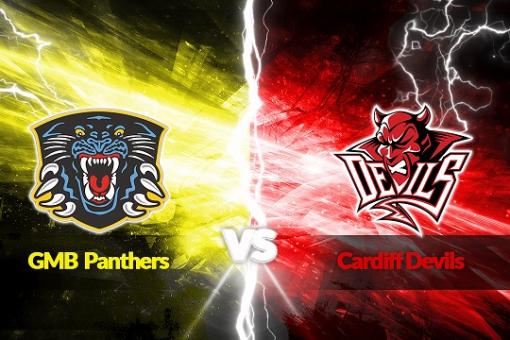 One of the highest octane games of the schedule starts the new Elite League campaign in Nottingham this weekend when the GMB Nottingham Panthers will take on the Cardiff Devils. Saturday's match (7pm) will see both league and cup points on the line as rivals Panthers and Devils clash for the first time since the end of last season. Matthew Myers will be making his first trip back to Nottingham since his summer move back to his Cardiff home town club. A club spokeswoman said : "There is respect between the two organisations but there is bitter rivalry too. Few will forget the last time they played us here on the weekend of the cup final last season. Panthers won on the Friday and then took the cup against Cardiff on the Sunday. They won't need reminding of that. "The box office reports healthy interest in ticket sales for Saturday, which isn't surprising, we played a pre-season game on August 20th at home and we've been on our travels since then. The boys are itching to get back on home ice. Last weekend was good with four points out of six on the road in Scotland but the last of those games was a loss, and even though the bus got back in the early hours, we've already had some of the guys drop by the office to say they didn't like losing, they wanted all six points, and they say practice sessions this week will be aimed at getting points again this weekend. "One thing's for sure, it's going to be a big game to start the home league programme and it'll be one not to miss." The box office is open daily from nine 'til nine, you can call 0843 373 3000 or click on the link from the home page and buy on line.