The Nottingham Panthers vs Coventry Blaze: Saturday at 7pm 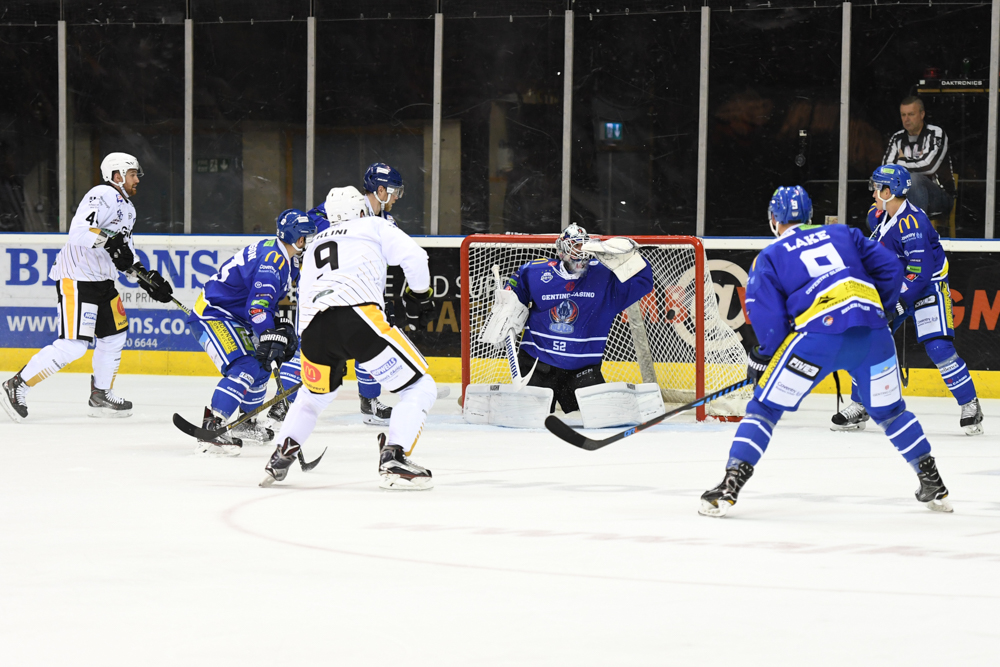 The box office reports strong ticket sales for the game, and well over two thirds of the seats in the bowl are already accounted for. Block 19 hasn’t been released or sale yet but we think it’s only a matter of time before it will be needed to cope with demand.

Coventry hit two late goals in the West Midlands a couple of weeks ago to take the Panthers to overtime and penalties where Nottingham came out on top.

And yesterday (Sunday) Coventry beat Sheffield so Saturday’s game promises to be another cracker.

Meanwhile, the players were taking a day off today and the news from the PhysioDirect treatment room is that that rest was needed after their short-handed success in Guildford on Sunday left a few bruised and sore bodies on the bus home. Several players will be assessed over the next 24 hours ahead of the mid-week trip to Manchester for Challenge Cup action.