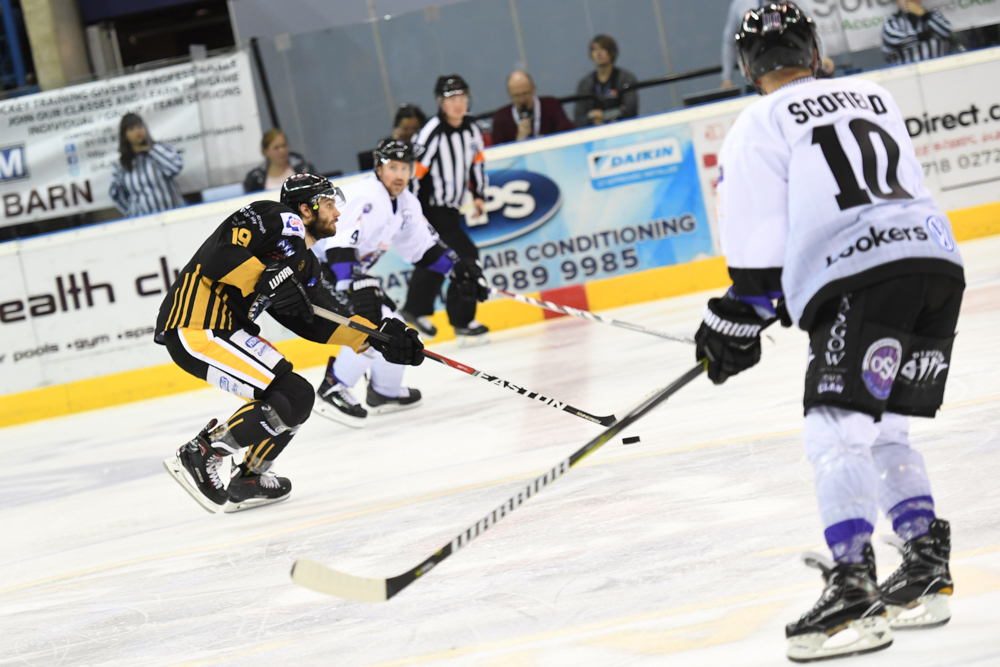 Saturday’s visitors to Nottingham the Glasgow Clan may have changed their name from Braehead but the England-Scotland rivalry will be just the same when the puck drops on Saturday for Panthers’ home ice action at seven o’clock.

Panthers have one more road game to complete their four match away spell (Wednesday in Belfast) before they get to play two quick-fire home games starting with the visit of Glasgow. Both sides on Saturday are led by new head coaches with GB’s Pete Russell taking over in Braehead while Rich Chernomaz is behind the Panthers’ bench.

And both coaches had similar mixed fortunes last weekend with Clan giving up the lead and losing in Belfast while Panthers were doing the same in Cardiff on Saturday and both sides bouncing back for road wins in the league on Sunday, with Nottingham coming away with two points from Coventry while Clan did the same in Manchester.

It promises to be another cracking night of sporting entertainment and the best way to watch ice hockey, as ever, is live at the barn!