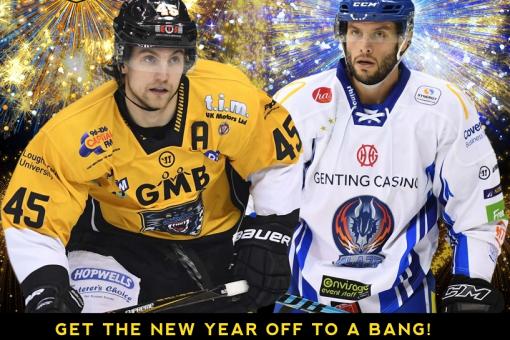 The New Year's Eve three o'clock game against the Coventry Blaze has already passed the biggest crowd levels for this fixture which was set last year and is now heading for a sell-out in the bowl at the National Ice Centre. There are less than a couple of hundred tickets available for New Year's Eve, mostly in Blocks 18 and 19 and three for home fans. There are some seats on hold in Block 1 for away supporters. These will be held until mid-day on December 30th. After that time the blocks will all be designated as “mixed” and any unsold seats will be put on general sale from noon on Friday. The New Year’s Eve fixture has grown in popularity since it was first introduced a few seasons ago. If it does “sell-out” this year it will be the first time it has reached that status. It will mean Panthers, for the first time ever, will have sold out for two consecutive home league games. For tickets visit the box office daily from nine ‘til nine, call 0843373 3000 or buy on line, just click on the link on the right. Meanwhile there are tickets available for the Hogmanay game on Bank Holiday Monday against Edinburgh at four o'clock.