Ticket news update - this weekend, GB, and Coventry in the cup 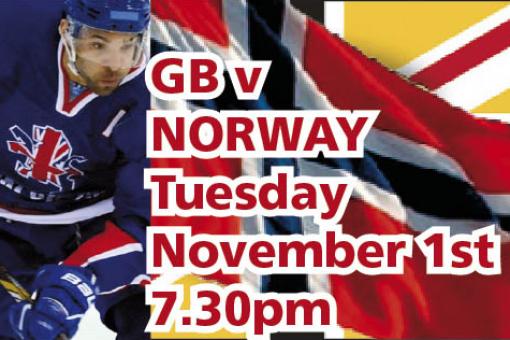 The GMB Nottingham Panthers will launch their new YEARBOOK at this Sunday's home game against Belfast with a full squad signing session straight after the game on the concourse. Tickets for Sunday's game are steady and strong" with two tjhirds of the seats in the bowl at the arena already spoken for six days ahead of the game. Meanwhile the announcement that the Great Britain senior men's team are to take on Norway in back-to-back action starting in Nottingham on November 1st continues to be well received across the country. It will be a big test as GB take on Olympic qualifiers Norway who have just made it through to the next winter Olympics. GB v Norway in Nottingham is on Tuesday November 1st 2016 Reduced match ticket prices will apply for the game in Nottingham. Tickets are on sale NOW: Gold £16 no concessions Silver £14/£12 concessions/£10 teens and juniors (18 & under) Bronze £12/£10 concessions/£8 teens and juniors Tickets go on sale Monday October 3rd. There will be a season ticket holders discount window until close of business Sun Oct 16th during which time a further one pound discount will apply. PANTHERS V COVENTRY November 11th This game is NOT on the season ticket as it is in the Challenge Cup. From when it goes on sale next Monday, season ticket holders will have a one pound discount opportunity for their locations which will run until close of business on Sunday November 6th. Panthers have booked a place in the quarter-finals with their shoot-out win at Manchester yesterday, but where will they finish in the group? Don't miss their last round-robin fixture, there's no love lost with Coventry at the best of times. Any unsold ST locations will join the rest of the seats on general sale from Monday November 7th