Time for the festive action to begin 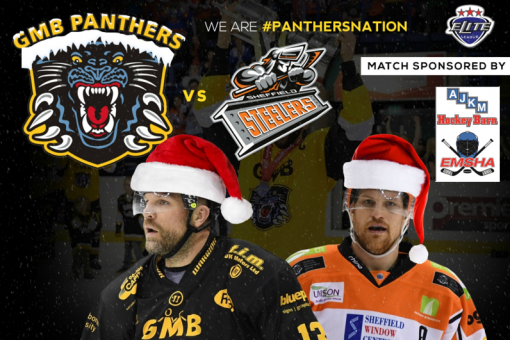 The GMB Nottingham Panthers start a hectic week of festive action with a Boxing Day road trip to arch-rivals Sheffield before the two sides meet again at a sell-out Christmas Tuesday clash at 4pm in the National Ice Centre Nottingham. Former NHL forward Jason Williams arrived in Nottingham on Christmas Eve and is set to make his debut. With three guys still sidelined by injury there's still room under the "import" quota rules for Jason to jump straight into the line-up without affecting the netminding or other positions. After Tuesday the next home game is the traditional New Year's Eve clash (3pm) against Midlands rivals Coventry. Tickets for that game and the Hogmanay fixture against Edinburgh on Bank Holiday Monday, January 2nd (4pm) are available. SEE YOU THERE!