Top 3 announced in most Successful Panthers survey ever 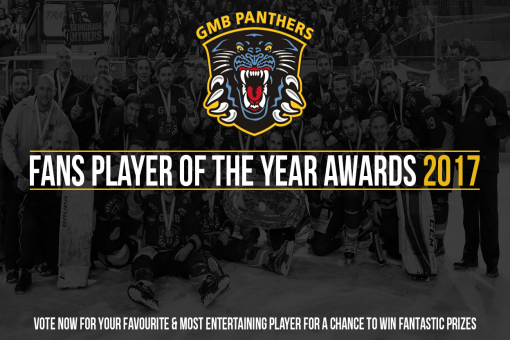 For just over a week now, we’ve been running a survey asking fans to nominate their Fans’ Favourite Player of the Year and Most Entertaining Player. In that time, it has become our best responded survey ever with over a 1000 unique respondents. And with prizes still up for grabs and two weeks still to run, there’s plenty of reasons to cast your vote for your favourite/most entertaining player! We’ve broken down the top 3 in both sections but it’s still very tight so get voting now if you don’t see your player in the running! Fans’ Favourite Player of the year: Alex Nikiforuk, Robert Farmer, Miika Wiikman Most Entertaining Player: Brian McGrattan, Alex Nikiforuk, Robert Farmer Those are in no particular order and it is really close so vote now if you don’t see your man near the top! Remember, when you vote, your name gets added to our prize draw where you could win tickets to our film premiere of the Continental Cup win!