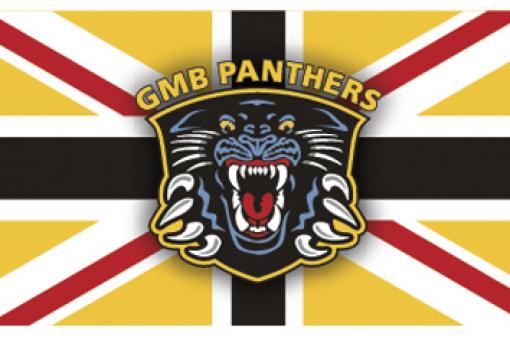 The GMB Nottingham Panthers are thrilled to announce that the Great Britain senior men's team will play in Nottingham against Olympic qualifiers Norway on Tuesday November 1st. Norway carry a world ranking of eleven and this will be GB's biggest test for many years. Last month Norway qualified for the 2018 Winter Olympics in Pyeong Chang, Korea. GB and Norway will meet at the National Ice Centre in Nottingham on Tuesday 1st November 2016 and in Cardiff the following night, Wednesday 2nd November. The games will be sponsored by the G M B - Britain's general union. Because the Panthers are "promoters" of the game in Nottingham it means we will be able to offer discounts to season ticket holders of the Panthers who will be able to book their own locations to watch the international game of the year. Full ticket details will be announced soon. It will be the first meeting between the two sides since the 2004 World Championship (Division 1A) when they drew 4-4 in Oslo, with Ashley Tait, Colin Ward, Paul Dixon and David Clarke on target for GB. The international fixture means the scheduled home game against Manchester will move to Wednesday January 25th at the start of next year. The international game is an important part of the build up to the 2017 World Championship (Division 1B) in Belfast from Sunday 23rd to Saturday 29th April 2017. GB head coach, Pete Russell, said: “This will give us a better opportunity to evaluate all our players in a competitive environment and to give us the opportunity to implement our philosophy and systems In doing so. "Having this extra time together for part of the international break is a huge step forward, not only for this season but for the future of GB hockey. "It's a very positive move and it's all down to people working together to make steps to create a better process for our national team. "I personally want to thank everyone for working tirelessly and pulling together to make this happen. “Norway are a top-class nation and showed how good they are by qualifying for the Olympics recently. “The task now for the coaching, management and off-ice staff is to pull it all together, on and off the ice, and be sure we have everything ready for the guys to fully maximise this time together.”