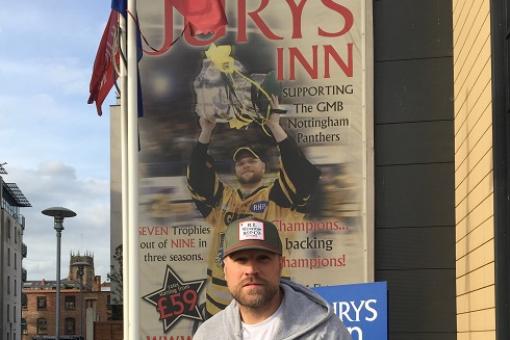 Former NHL enforcer Brian McGrattan arrived in Nottingham Friday and debuts against the Sheffield Steelers at home this weekend. The six feet four inch forward says he expects the game against Steelers will be "a lot of fun" and he's heard lots of good things about the fans in Nottingham. You can hear him now in our exclusive catch-up on Panthers Radio with Xynomix. Just click on the link on the right. He says there are a few guys in the league here that he has already had some battles with during his NHL and AHL career and he's been "doing my role for a long time". He adds he's "really excited" to be here. See him for the first time in a Panthers' jersey Saturday at 7 o'clock against biggest rivals Sheffield at the arena. There are still a few seats available! SEE YOU THERE!