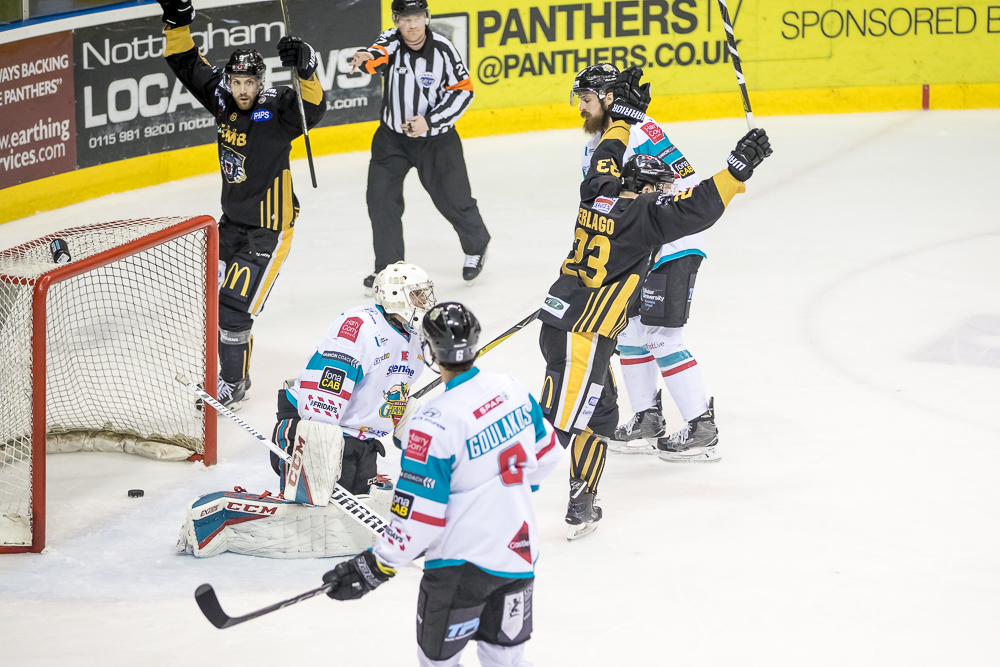 The video highlights from last night’s league win over cup opponents Belfast, in association with the Nottingham Legend – Nottingham’s number one family friendly hockey pub - are now up and running on Panthers TV with the GMB.

It was a cracking game, in front of another big January crowd, with Panthers taking two league points with a 4-2 victory.

The sides are well matched and Panthers’ head coach, Corey Neilson, was pleased with the way his side had kept the momentum going from last weekend’s turn-around in form.

Panthers and Belfast meet again in the Challenge Cup semi-final home leg on Wednesday in Nottingham. Tickets are now on sale and it promises to be another top drawer match.

Neilson spoke to Panthers Radio after Saturday’s victory and spoke of the important role special teams had played with the powerplay scoring and the penalty killers seeing off opposition powerplays.

He makes the point that Belfast are highly skilled and tough to play against and he says he’s pleased to see the energy and excitement back on the Panthers’ team bench.

And newcomer Luke Pither added a bit too, he said.

Before Wednesday, Panthers have today’s long road trip to Kirkcaldy to face the Fife Flyers in the league to deal with and then focus will switch to the big cup game.

You can hear Neilson on Panthers Radio with Xynomix right now, just click on the link.

Xynomix will be our match sponsors on Wednesday too.

Meanwhile, Panthers TV with the GMB was catching up with Luke Puther.

Just click on the links to see and hear those interviews.