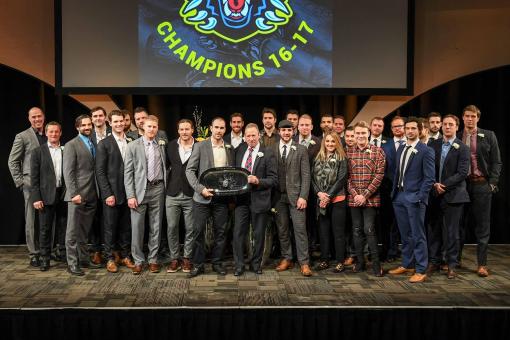 Last night the GMB Panthers hosted a premiere of their new film ‘Until Now’. The film documented the incredible Continental Cup Final in Ritten, where the Nottingham Panthers made history and became the first British side to win the trophy. The premiere, which took place at the East Midlands Conference Centre, was a huge success with fans and sponsors alike getting to see some never before seen footage of the miraculous victory. Karl Denham of Panthers Images was also at the event and caught some incredible shots of the evening, which you can see below. Photo Credit: Karl Denham