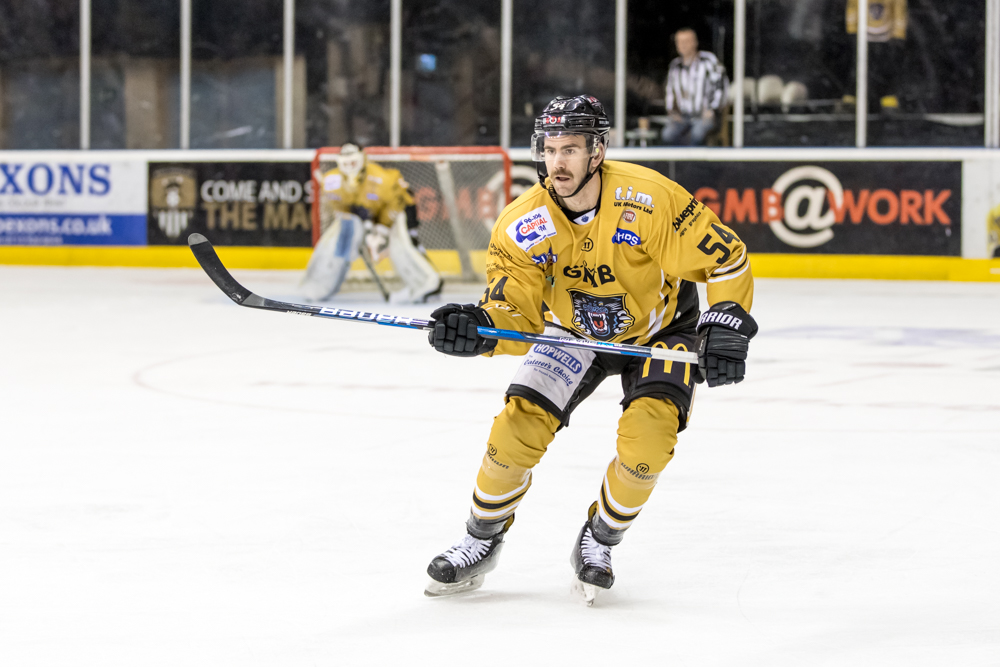 THE NOTTINGHAM Panthers are pleased to announce the return of ever-present 28 year old defenceman Tim Billingsley.

The six feet two inch blue-liner played in every game last year and racked up 26 points (including ten goals) in the regular season.

Said Chernomaz today : “Tim had a consistent year for the Panthers and I saw enough in the couple of games I was at to recognise his solid displays.”

Billingsley topped up his league points tally with a further five assists in the Challenge Cup and two vital assists in the historic CHL campaign, giving the Ottawa native a total of 33 points across 74 games in 17/18.

Upon putting pen-to-paper for the upcoming season he spoke exclusively to the Panthers website: “I’m excited to be back in Nottingham and wearing the black and gold of the Panthers again next season. After speaking with Rich I had no doubts that Nottingham was where I wanted to be.

“We had incredible support last season, even when times were tough on the ice, and that’s something you never take for granted and I cannot express how much we (the team) appreciated it every single week.

“We had a great start with our CHL campaign last season, an experience I’ll never forget, but I know domestic success is the aim of the game. I can’t wait for August!”