Williams: I want to add Continental Cup to resume 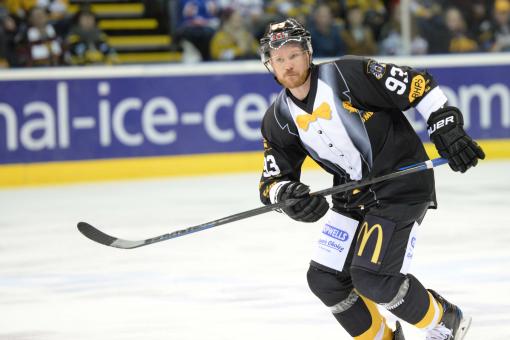 Star forward, and latest signing, Jason Williams has made himself very popular with Panthers fans in a very short period of time and they will be hoping he make as much of a splash in Ritten as he has in the EIHL. But this won’t be his first time in the Continental Cup this season. While the Panthers were in Odense sealing progress to the finals, Jason Williams was doing the same for Rittner Buam. Now he’s been able to turn that knowledge into some very useful feedback for his GMB Panthers teammates. Panthers Radio with Xynomix spoke with him before he left with the squad for Ritten. He spoke about looking forward to playing some old friends, remembering the teams you win with and looking forward to the tournament. Remember if you haven’t been able to travel to Ritten for the Continental Cup, watch our webcast on: http://nottinghampanthers.tv/ To listen to the interview in full, click here: http://www.panthers.co.uk/sites/default/files/Jason%20Williams%20Continental%20Cup.mp3