Williams: My hottest start with a new team 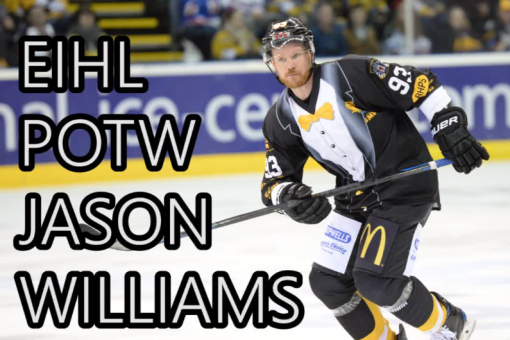 After training today, Jason Williams stopped to talk to Panthers TV with the GMB about his flying start as a Panther and his excitement about taking on a new opponent. It was the first time speaking to Jason since he’d won the ‘EIHL player of the break’ and he credited a lot of that to his new teammates: “It’s a good team, there’s a lot of pretty talented players here so it makes the job a bit easier.” Jason also felt that the similarities between the North American game and the British game had helped him acclimate himself to the EIHL much faster. He said “teams like to finish their checks, it’s more of a physical game especially with the big ice. Any time you get physically involved in a game you sink in a lot faster.” Having played in front of over 15,000 Panthers fans across his first 3 games, Jason has enjoyed playing in front of large, vocal crowds: “Anytime you’re playing in front of thousands of people in a building like this, it makes the game more enjoyable.” To listen to the interview in full, click here: https://www.youtube.com/watch?v=4iSkZ9Mqx1A You can next see Jason in action on Saturday when the GMB Panthers take on the Braehead Clan at 7PM. Join us in giving the players another packed barn to play in front of. To get your tickets, call the box office on 0843 373 3000, buy on line via the links or visit the box office, open daily from nine 'til nine.