X-rays show no fracture for Sertich 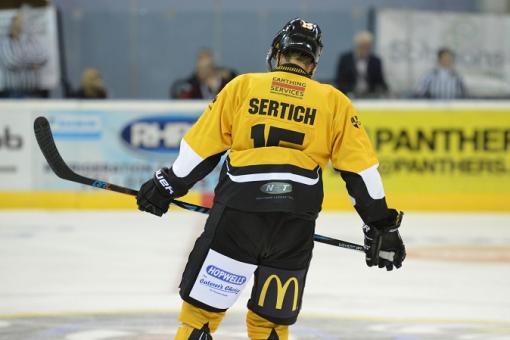 Defenceman Andy Sertich went to hospital for what were hoped to be "precautionary X-rays" after he was hit on the arm with a puck early in the game at home to Braehead on Saturday. The results have shown no fracture but his arm is described as very swollen and extremely sore. He was hurt in the first period and tried to play on in the middle session but was eventually pulled from the line-up by the medical team and took no part in the rest of the middle stanza nor any of the third and final period. The X-rays are being seen as good news but it could be a day or two before the full extent of the injury becomes completely clear, although the player has already said he's hoping to be back on the ice early next week.