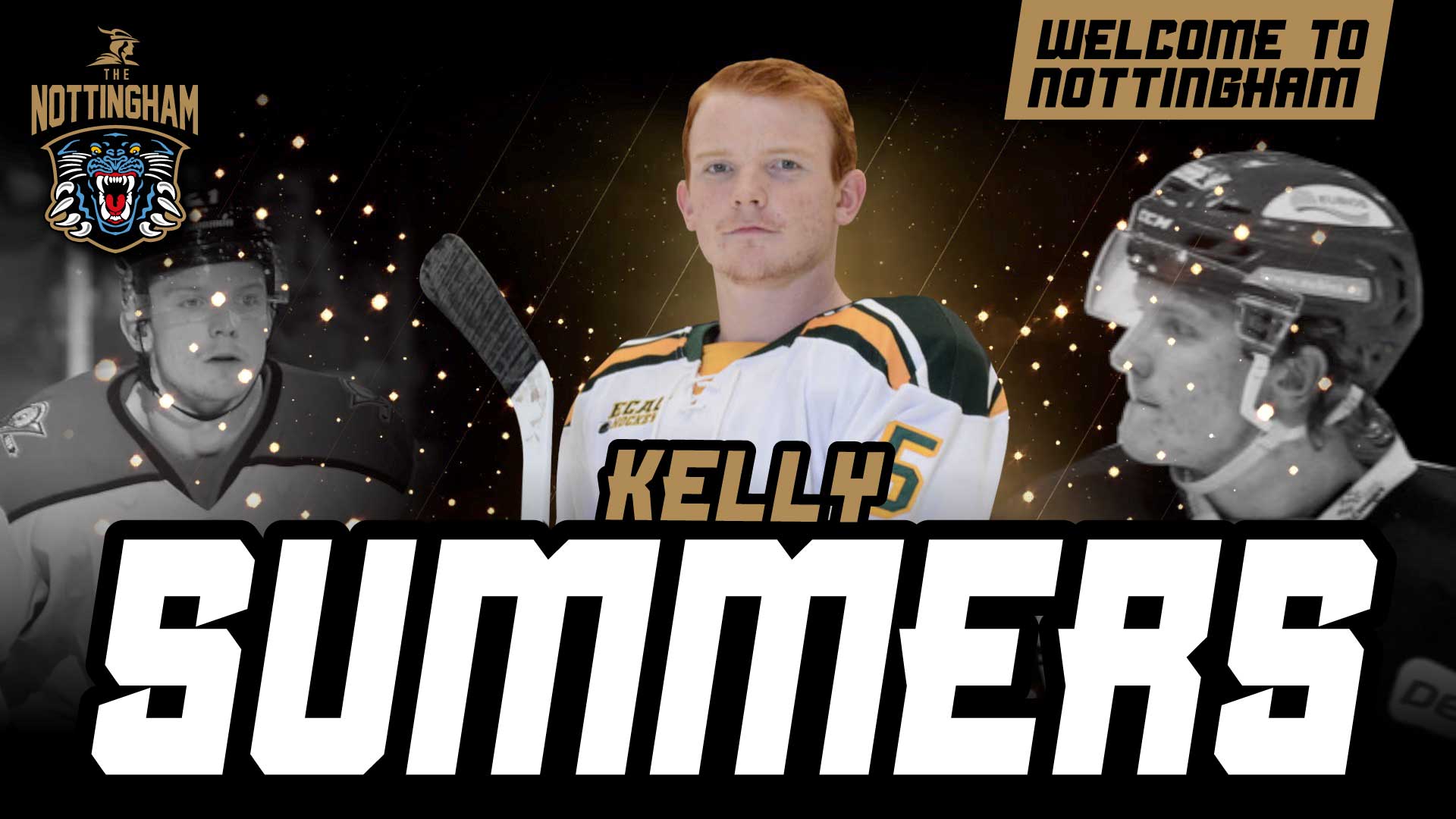 The Nottingham Panthers are delighted to confirm the signing of defenceman Kelly Summers for the 2022/23 Premier Sports Elite League season.

Kelly joins the Panthers from German side Eispiraten Crimmitschau, with whom he has been since 2020, after spells in the ECHL & AHL following his graduation from Clarkson University.

He then signed his first professional contract with the ECHL’s Adirondack Thunder where he spent two campaigns, earning himself a call-up to the AHL’s Binghamton Devils in the process during his sophomore season on the coast, adding 48 points (14 goals, 34 assists) across 97 games to his resume.

“Kelly is a true two-way defenceman that reads the play very well.

“He has a great shot and good first pass out of the zone, he is excited to be a Panther and play a big role at our club this season.”