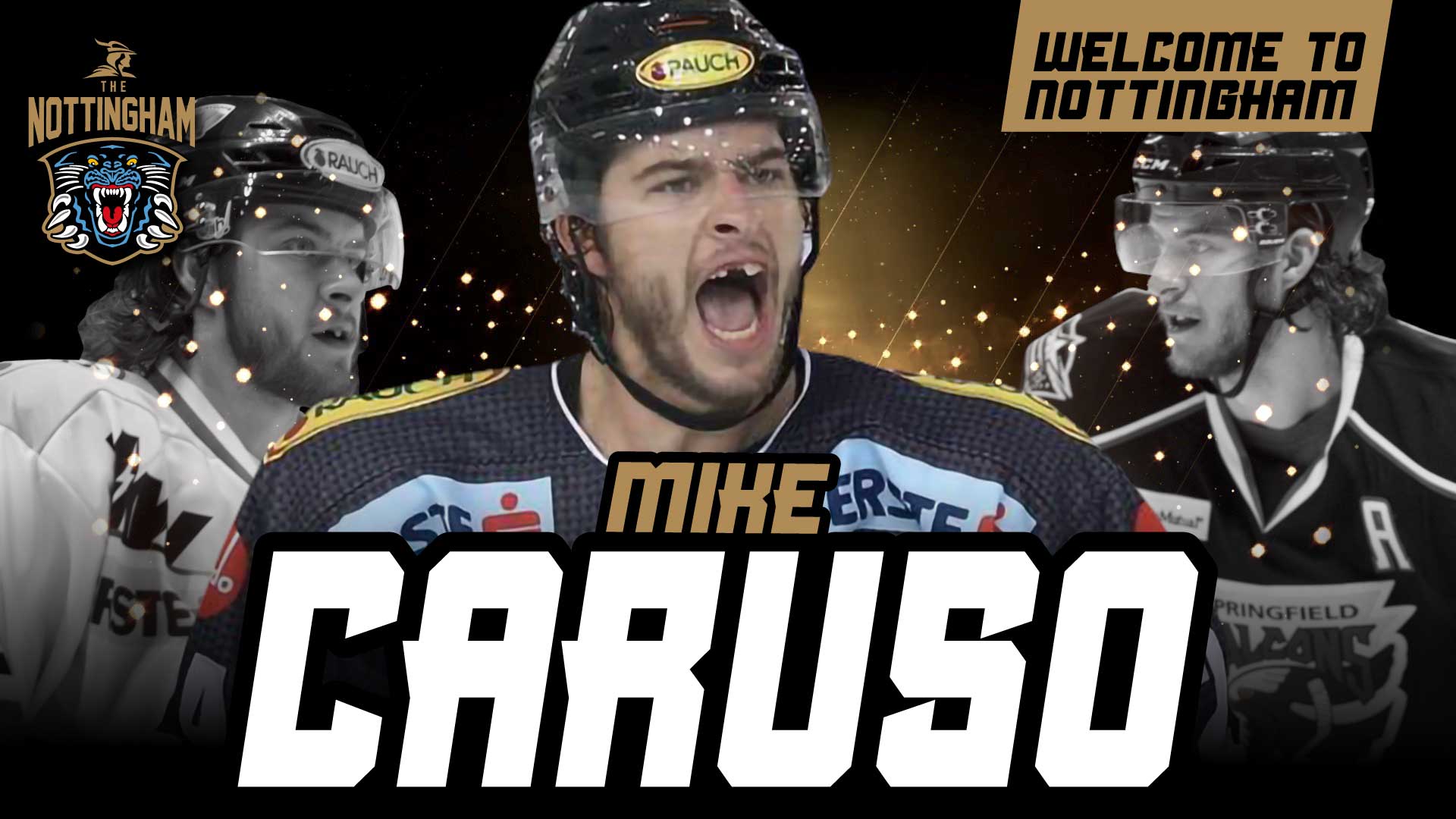 The Nottingham Panthers are delighted to confirm the signing of defenceman Mike Caruso for the 2022/23 Premier Sports Elite League season.

Mike was selected in the fourth round (103rd overall) of the NHL Entry Draft in 2006 by the Florida Panthers and joins the Panthers from Italian side HC Pustertal. where he contributed 14 points in 44 regular season games (two goals & 12 assists) with a +/- of +14.

The defenceman started his ice hockey journey with the OHL's Guelph Storm, who selected him in the 1st round (19th overall) in the 2004 OHL Entry Draft. After three seasons and 281 games he turned professional and spent the best part of seven professional seasons in North America in the AHL.

After icing in 363 games in the AHL, plus an additional 65 games in the ECHL in his final season across the pond, Mike made the jump to Europe with Austrian side Dornbirner EC for three seasons (2015 'til 2018). He then joined Hungarian side Fehérvár AV19 for a further three seasons, playing a grand total of 368 games so far on this side of the pond.

Mike's veteran presence from his time in North America and Europe will be invaluable to the Panthers both on and off the ice in the forthcoming campaign.

"Mike is your true 200 foot defenceman that can do it all! His extensive resume from playing in different leagues around the world will be a huge help to the team and he will be a huge force to reckon with in front of our net.

"I'm also looking for him to be a great role model to our younger players in showing them what it takes to be a top professional, day in and day out."

The native of Mississauga, Ontario, Canada will combine his time playing for The Nottingham Panthers with studying at the Loughborough University School of Business & Economics.

Mike Caruso will wear #2 for The Nottingham Panthers in the 2022/23 season and player sponsorship packages are available, please contact sarah@panthers.co.uk for more information.