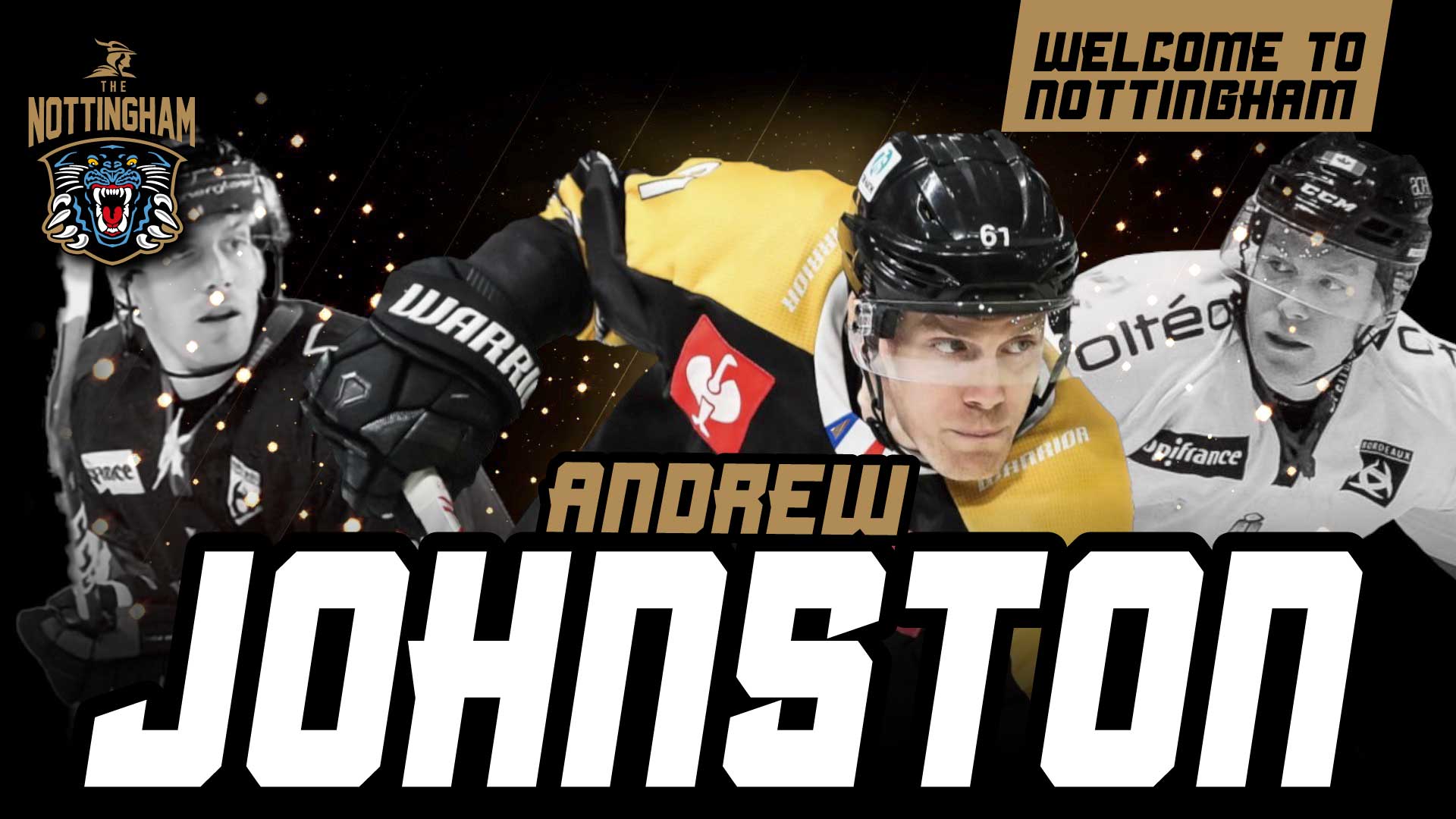 The Nottingham Panthers are delighted to confirm the signing of forward Andrew Johnston for the 2022/23 Premier Sports Elite League season.

Andrew joins the Panthers from the French side Rouen Dragons playing in the Ligue Magnus, recording 37 points (16 goals, 21 assists) in 55 games across all domestic competitions. He was a key member of the 2021/22 Dragons team that competed in the prestigious European Champions Hockey League, with Rouen enjoying a fairy-tale run to the Quarterfinals, knocking out Austrian powerhouse Red Bull Salzburg in the round of 16.

Previously the native of Saskatoon, Canada spent 2016/17 with Hungarian side DVTK Jegesmedvék, where he enjoyed a remarkable first season in Europe winning the ERSTE Liga Championship, as well as the MOL League Championships. He joined the EIHL's Coventry Blaze in season 2019/20, racking up 57 points (23 goals, 34 assists) in 57 games across all competitions.

Prior to making the move to Europe in 2016, this exciting forward spent four professional seasons in North America playing in the AHL (50 games) and ECHL (157 games), with 75 more points added to his record.

"Andrew is an exciting centreman who plays through the middle of the ice with great pace.

"He's a good face-off guy, has previous experience in this league and his high hockey IQ makes him a valuable addition in all aspects of our team strategy.

"I'm looking forward to seeing Andrew and his family settle into Nottingham and become part of our Panthers' family."

DON'T FORGET: Due to popular demand Season Tickets for the 2022/23 Premier Sports Elite League campaign have gone back on sale, but only until 12pm on Friday July 22nd, find out more information and make your application (you can spread the cost over five months with our direct debit plan) right here.