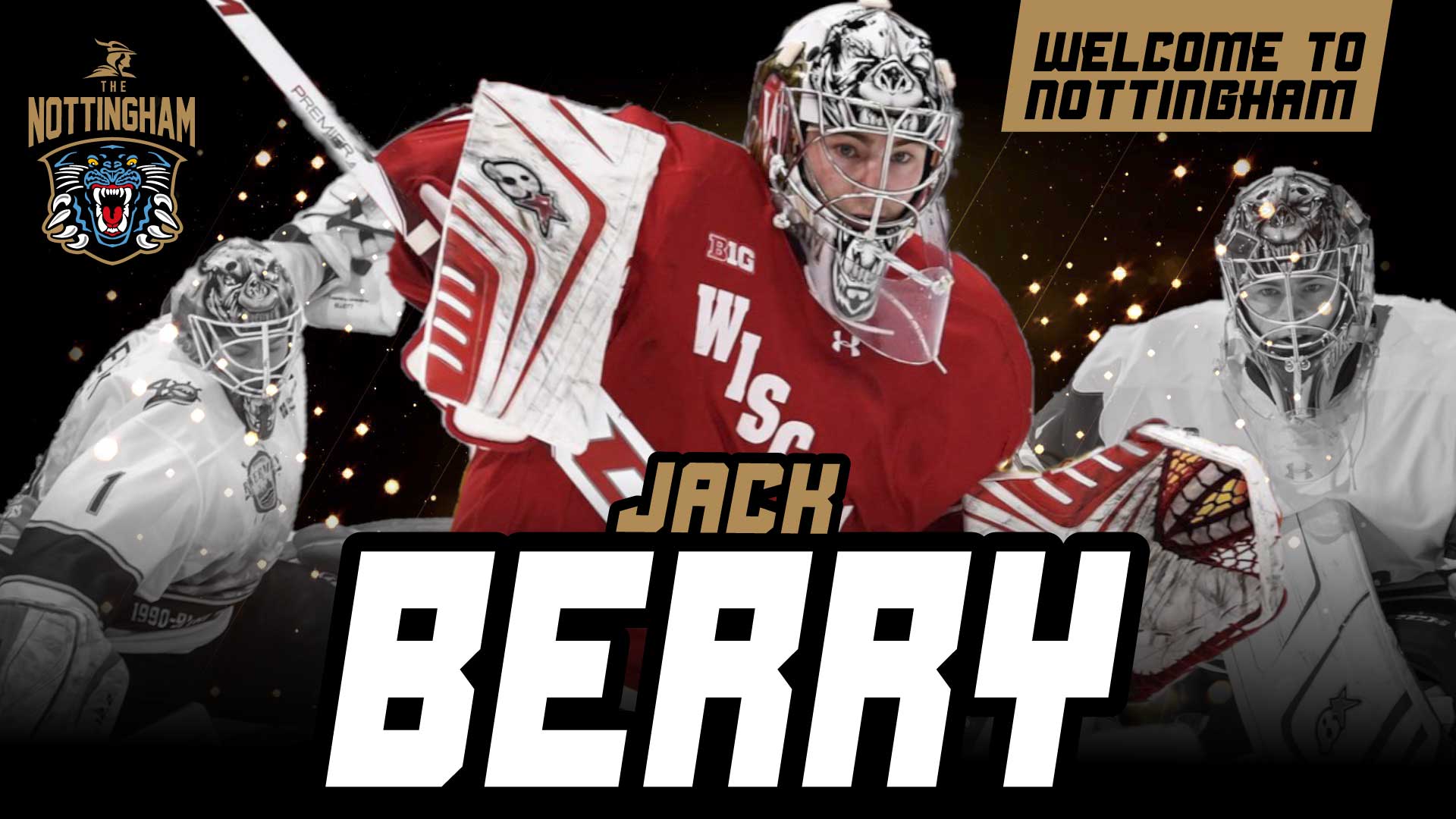 The Nottingham Panthers are delighted to confirm the signing of netminder Jack Berry for the 2022/23 Premier Sports Elite League season.

Jack joins the Panthers from the SPHL’s Peoria Rivermen where he won the SPHL Championship last season. He was also named the SPHL Playoff most valuable player award after leading his team to a 6-3-0 record, posting a 2.44 goals against average and a 0.924 save percentage across the nine games.

The netminder’s performances in Peoria throughout 2021/22 earned him ECHL call ups with the Atlanta Gladiators and the Iowa Heartlanders.

Before turning professional in 2020, Jack played four years with the University of Wisconsin in the NCAA, America’s top collegiate sports league, playing in 67 games during his time there.

Head Coach Gary Graham spoke to panthers.co.uk about adding Jack to his roster for the 2022/23 season:

“Jack is coming off a playoff MVP performance in Peoria where he led his team to the championship, he’s gaining more confidence with every passing year.

“He is young, hungry and is looking forward to backing up, and working with, our number one Alex Dubeau this season.

“We have a lot of trust in this goalie tandem and having these two guys on our roster should make for excellent competition during practices.”